Please register for all virtual events through the College’s Events Calendar page.
You will receive a link and password before the event. If you have any questions, please email the faculty contact listed for each event. Thank you! 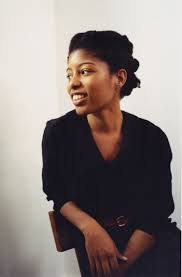 Sharifa Rhodes-Pitts is the author of Harlem Is Nowhere: A Journey to the Mecca of Black America. The first volume of a planned trilogy on African-Americans and utopia (Harlem, Haiti and the Black Belt of the American south), it was a New York Times Notable Book of 2011, a National Book Critics Circle Finalist and cited by BOOKFORUM as the “Best New York Book” written in the twenty years since the magazine’s founding. In 2019, Slate included Harlem Is Nowhere among its list of the “50 Best Nonfiction Books of the Past 25 Years.”

Her work has appeared in The New York Times, The Nation, Chimurenga, Bidoun, A Public Space, Creative Time Reports, Harper’s, Essence and Vogue, among many others. She has received grants and awards from Creative Capital, the Whiting Foundation, the Rona Jaffe Foundation and the Lannan Foundation. Her 2015 book for young readers, Jake Makes a World: Jacob Lawrence a Young Artist in Harlem (commissioned by MoMA and illustrated by Christopher Myers), was named by Booklist among the year’s top books about art for children.

Sponsored by the Office of the Provost and the Writer-in-Residence fund. 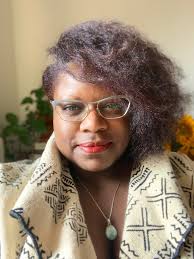 Keisha Bush was born and raised in Boston, Massachusetts. She received her MFA in creative writing from The New School, where she was a Riggio Honors Teaching Fellow and recipient of an NSPE Dean’s Scholarship. After a career in corporate finance and international development that brought her to live in Dakar, Senegal, she decided to focus full-time on her writing. She lives in East Harlem. Her debut novel, No Heaven for Good Boys, was published in January 2021 by Random House

Sponsored by the Office of the Provost and the Writer-in-Residence fund. 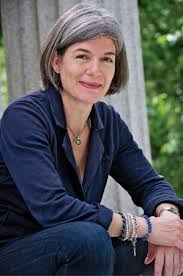 Claire Messud is a recipient of Guggenheim and Radcliffe Fellowships and the Strauss Living Award from the American Academy of Arts and Letters. She is the author of six works of fiction including her latest novel, The Burning Girl. Her newest book is Kant’s Little Prussian Head and Other Reasons Why I Write: An Autobiography Through Essays. She lives in Cambridge, Massachusetts, with her family.

Sponsored by the Writer-in-Residence fund. 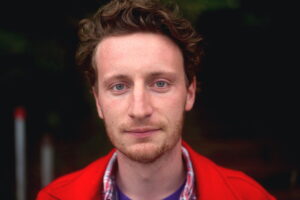 Edgar Kunz is the author of the poetry collection Tap Out (Mariner / Houghton Mifflin Harcourt, 2019), a New York Times New & Noteworthy book. Originally from New England, Edgar lives in Baltimore where he teaches at Goucher College and in the low-residency Newport MFA. He has received fellowships and awards from the National Endowment for the Arts (NEA), MacDowell, Bread Loaf, Sewanee, and Stanford University, where he was a Wallace Stegner Fellow. He is working on a book of poems about love and late capitalism.

Sponsored by the Department of English. 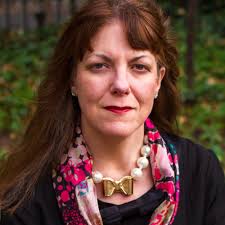 Sponsored by the Cyril S. Lang ’49 Center for the Humanities Endowment Fund, with the support of the Lafayette College Theater Department, English Department, Women’s, Gender and Sexuality Studies Program and Africana Studies Program. 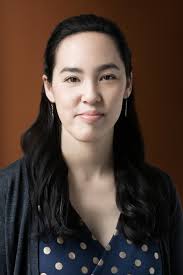 She is the winner of the Doris Duke Artist Award, the Steinberg Playwright Award, the Horton Foote Prize, the Kesselring Prize, the ATCA/Steinberg Award, American Academy of Arts and Letters literature award, and the Francesca Primus Prize. She has been a finalist for the Edward M. Kennedy Prize and the Susan Smith Blackburn Prize. Her plays were the #1 and #2 plays on the 2017 Kilroys List.

Sponsored by the Cyril S. Lang ’49 Center for the Humanities Endowment Fund, with the support of the Lafayette College Theater Department, English Department, Women’s, Gender and Sexuality Studies Program and Africana Studies Program. 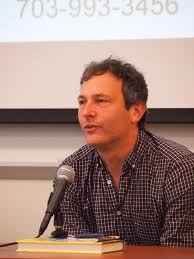 Jon Raymond is the author of the novels The Half-Life, a Publisher’s Weekly Best Book of 2004; Rain Dragon (2012); Freebird, an Indie Next selection of 2018; and The Empty Chair (forthcoming). He also wrote the story collection Livability, a Barnes and Noble Discover Great New Writers selection, and winner of the 2009 Oregon Book Award.

Raymond has collaborated with director Kelly Reichardt on five films—Old Joy, Wendy and Lucy, Meek’s Cutoff, Night Moves, and First Cow—and was nominated for an Emmy for his writing on the HBO miniseries Mildred Pierce. He’s also published a collection of writings about visual art in Portland called The Community. His writing has appeared in Tin House, Zoetrope, Playboy, Artforum, and Bookforum, among many other publications.

Sponsored by the Department of English and FAMS.

Alexandra Martinez Kondracke (L Word, Hung) is a movie and television writer/producer. She attended Dartmouth College and NYU Graduate Film School. She has worked on projects for Disney, Paramount, HBO, Showtime, ABC, BBC, National Geographic and Annapurna Pictures.Alex wrote and directed videos that went viral, about the Electoral College and what it would take to stop a Trump Presidency. She is also a founding member of Time’s Up, The Latinx House and She Se Puede. 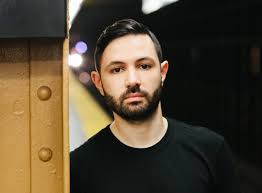 Alex Dimitrov is the author of Love and Other Poems, which will be published in 2020, Together and by Ourselves, and Begging for It. His most recent book is Astro Poets, co-written with Dorothea Lasky. His poems have appeared in The New Yorker, the New York Times, The Paris Review, and Poetry. He lives in New York.

Dimitrov has taught creative writing and literature at Bennington College, Columbia University and Rutgers University-New Brunswick. He is the Senior Content Editor at the Academy of American Poets where he edits the popular online series Poem-a-Day and American Poets magazine. In 2009 Dimitrov founded Wilde Boys, a queer poetry salon which he ran until 2013 in New York City, where he lives.

Sponsored by the Department of English.

Our Pulse Our People